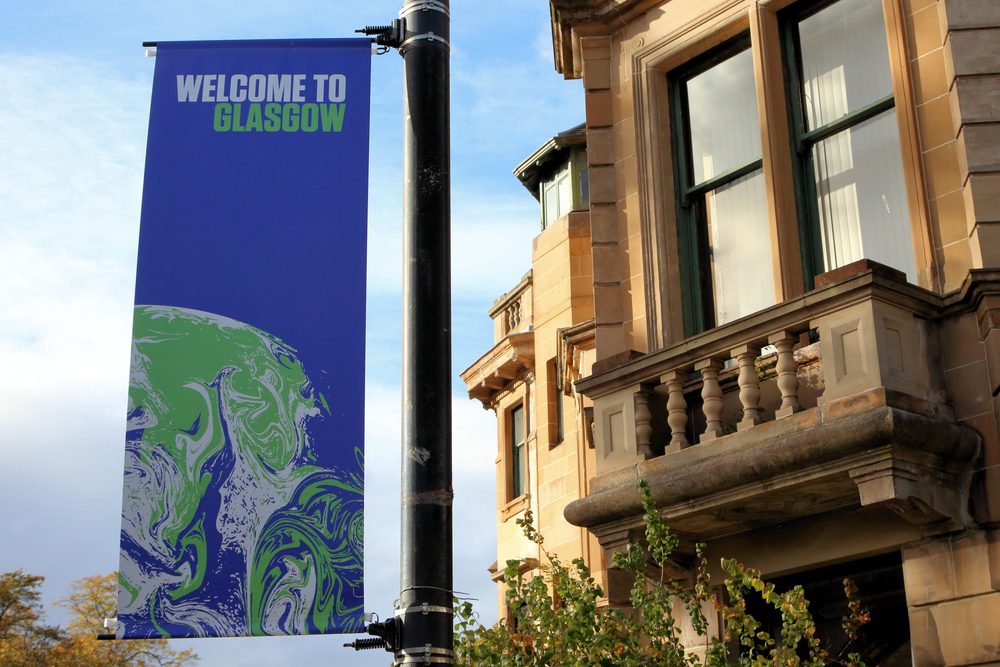 More than 99% of the animal species that have lived on Earth are now extinct. The less than 1% that remain today are survivors and thrivers who have evolved and adapted over centuries of massive change to survive. These animals create conditions to help their offspring survive by never soiling their nests or overeating their food supply. Living systems teach us that life creates conditions conducive to life.

Are humans also survivors? Are we going to act to preserve and adapt to our common home? Last month at COP26, thousands of people came together in Glasgow to try to answer those questions and others. The goal was to discuss climate change in an effort to help our species create conditions that are conducive to life today and for generations to come. Using that backdrop as our context, let’s dive into those questions a little bit further here.

The resilient living systems around us display the benefits of information sharing, variation, and shortened feedback loops. Humans can learn from these living systems as the climate crisis becomes an increasingly urgent threat.

Meerkats constantly watch for predators with strategically positioned sentinels across their home burrows and utilize a system of warning calls to communicate present dangers. There were warning calls at COP26 too, in the form of small island nations pleading to their wealthier and more carbon-intensive peers that their survival is at risk. They asked nations to cut greenhouse gas emissions to slow global warming and sea-level rise, and for funds to help physically raise their island homes before they’re forced to flee, or worse. This Information exchange was personal, real, and urgent.

Our global decision-making systems often lack the resiliency to solve widespread, urgent challenges. Power structures aren’t varied if a vast majority of decision-makers are older white men who don’t reflect a diverse society. Participation at COP26 was varied, thanks to the multi-generational stakeholders who showed up to make their voices heard. But if we don’t have variation among decision-makers, we won’t have a resilient response to climate change.

Ants, known for their strength and resilience, follow a simple rule: If they leave the nest to explore, they leave a trail of pheromones. If they return having found food, other ants can follow and therefore strengthen that same trail. This is an example of a shortened feedback loop, a critical survival tool in living systems. (Check out biologist E.O. Wilson’s fascinating career researching about what we can learn from ants.)

Nationally Determined Contributions, or NDCs, are an example of a critical feedback loop in climate action. All parties in the Paris Agreement are required to establish NDCs to relay their climate mitigation plans and to update them every five years, creating a feedback loop intended to help the parties accelerate their action over time. The good news from COP26, this feedback loop was shortened from five years to one. Are you a part of any feedback loops at work or home regarding climate change? Do your organization’s leaders talk about climate change? Do they examine if the world is better off as a result of their business being in it?

I don’t want us, the human species, to just survive — I want us to thrive. To do so, everyone must act as part of a global living system. COP26 demonstrated that Net Zero is now the norm as nations and organizations set targets and timelines to decarbonize. But it also demonstrated that climate pledges alone aren’t enough to keep 1.5 alive and, according to the Washington Post, aren’t even based on accurate emissions data. We also saw first-hand that many large nations aren’t yet committed to eliminating fossil fuels, and watered down the COP26 pact to reflect that.

These facts, both the hopeful improvements and disappointing realities, can be taken as information and feedback by the rest of the world. A resilient living system is made up of every single organism, and our global response to climate change will involve every single one of us and every single organization. Systems change is possible because systems are made up of individuals and organizations making choices. The choices we make today can ensure a future for our offspring to thrive on our shared home planet. What choice will you make?

Daniel Lawse is the Principal and Chief Century Thinker at Verdis Group, a growing sustainability consultancy based in Omaha, Nebraska. Verdis Group helps large organizations identify and implement sustainable solutions through services including its Net Zero Pathway. To learn more, visit verdisgroup.com to download a free guide to creating a successful Climate Action Plan, and follow Verdis Group on LinkedIn, Facebook, and Twitter.