Dancing on a Slippery Floor: Welcome to 21st Century Leadership 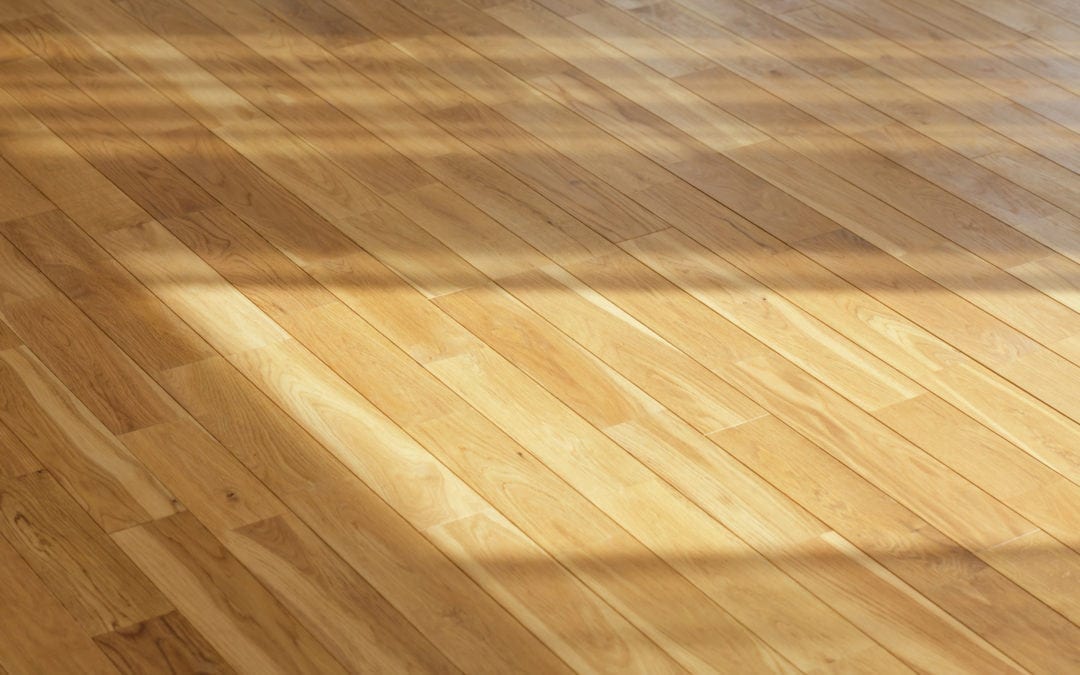 From Complicated to Complex

Leadership in the 21st century is exponentially more challenging and difficult than leading in the 20th century. The reason for this exponential jump is due to a shift from leading complicated phenomena to leading complex phenomena.

Complicated problems and situations occur in closed systems with a defined set of variables. They have linear logic and dynamics that are constrained by the closed system they operate in. Newtonian physics and the great man theory of leadership pace the elements of complicated systems.

However, complex problems and situations occur in open systems with an ever-expanding set of variables. They have nonlinear unconstrained dynamics and are often unpredictable. Quantum physics, complex adaptive systems, biological paradigms, and distributive leadership theories are a better “fit” with the dynamics of complex situations and problems. 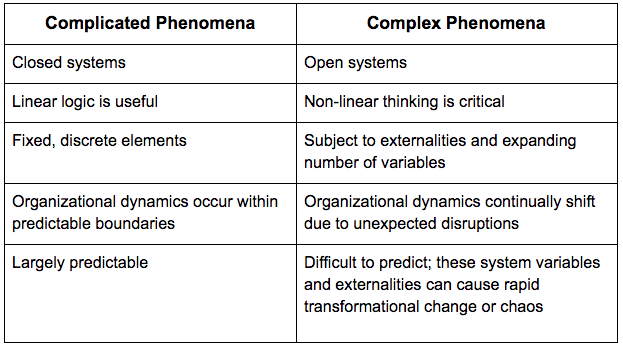 In the 20th century, we had increasingly complicated problems; in the 21st-century we have increasingly complex problems due to the connectivity of our systems that influence each other. Leadership today is being invented in real time, due in part to the number of complex situations we face in our organizations, political systems, and global systems. Our thinking about leadership and the context in which it is practiced needs to be reexamined so it can fit with the complexity we face today.

For example, what if we saw leadership as something that emerges from the actions of individuals instead of a few? Would we see individuals as agents of leadership, not leaders in their own right and we would see the organizations in which we work as living entities that require us to help them evolve? 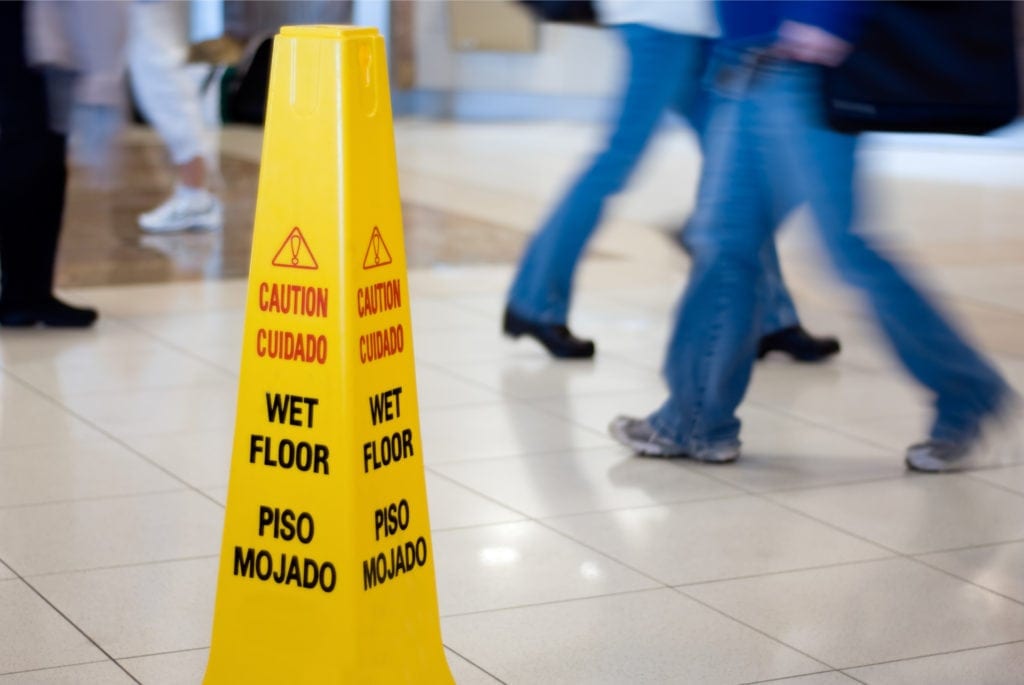 About 25 years ago, I was walking down a newly waxed floor at the UCLA campus. Ahead of me were a mother and daughter. The mother was in high heels and walking tentatively down the hallway, holding onto the wall, in fear of falling. The daughter, on the other hand, didn’t see the danger, she saw fun. She backed up and started running toward the end of the hallway. When she got up her speed she slid the rest of the way. Where her mother saw the danger, her daughter saw an opportunity.

In 2009, the non-profit sector was preparing to hunker down and ride out the recession. Their primary strategy was to conserve and cut and try to stay alive. Like the women walking down the highly waxed hallway, they were afraid of falling on the slippery floor. So, they held on tight to their usual organizational thinking and structures.

A few executive directors chose a different path. One was a new president of a settlement house in St. Paul. He saw opportunity instead of fear and decided to use the tensions and difficulties to trigger the evolution of their agency. Despite needing to reduce the staff by one third early in 2009 to maintain a balanced budget due to funding cuts, he unleashed talent and energy at all levels of the organization.

Because of this, a new level of engagement in the organization emerged. With it came rapid learning and innovation. The organization became known for emergent practice in their field. Funders were attracted to the innovations and impact they were having. Two years later, I completed a culture audit of the organization and compared it with the one I had completed in early 2009. The culture audit reflected a staff that was excited and engaged in their practice and the evolving nature of working in a mission-focused organization that was doing things that mattered in their community. This staff was joyful and happy to come to work despite the ongoing challenges facing their sector and their organization.

Like the little girl, this organization decided to start running toward the future, so they could get a good slide on the slippery floor. 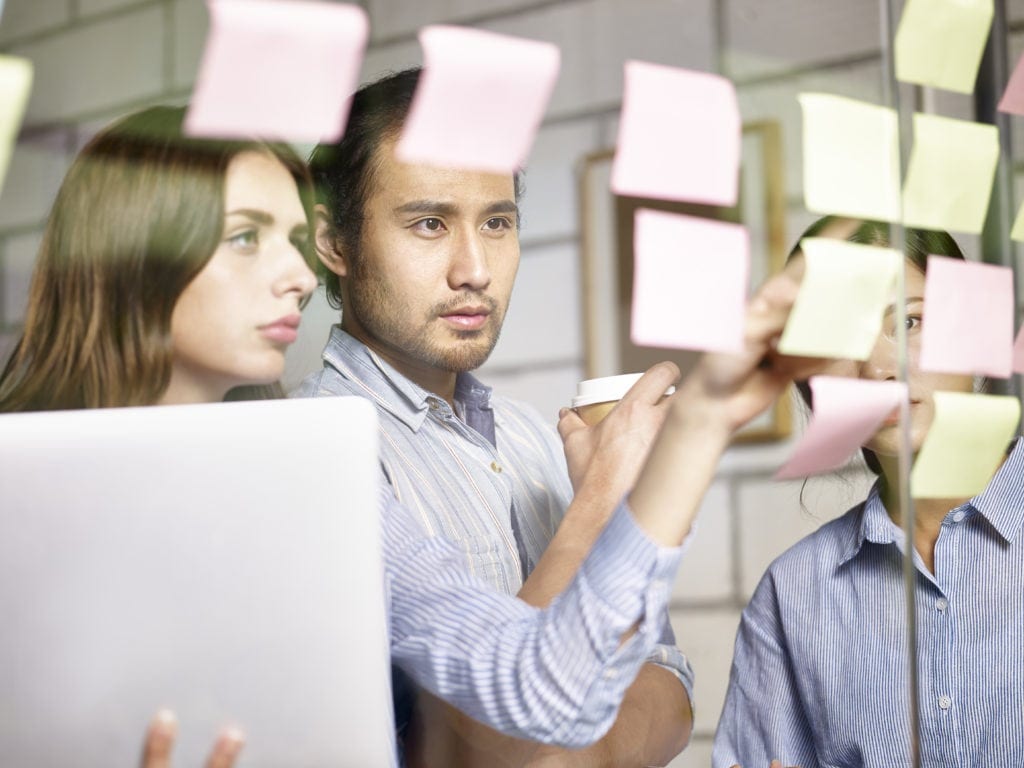 Leading in the 21st century will be like dancing (or sliding) on a slippery floor. If you try and stay in control, it won’t be much fun. Your energy will be focused on not falling. If you relax and use the wax on the floor to facilitate your dance moves, it will be a lot more fun and effective.

Dr. Kathleen E. Allen writes a blog on leadership and organizations that describes a new paradigm of leadership that is based on lessons from nature and living systems. She is the author of Leading from the Roots: Nature Inspired Leadership Lessons for Today’s World (available for purchase September 4, 2018) and President of Allen and Associates, a consulting firm that specializes in leadership, innovation, and organizational change. You can sign up for her blog on her website: www.kathleenallen.net