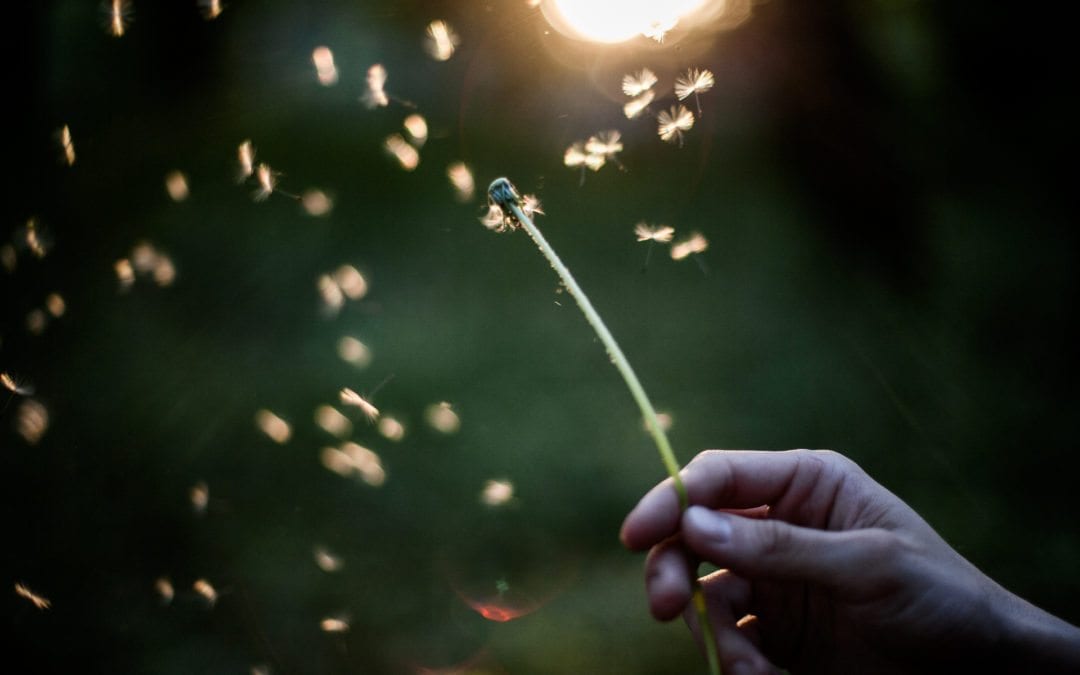 When we think of facilitating change in organizations, we usually think of the direction we want to take the organization and focus on getting people to go there.

In my consulting practice, I have found our ability to hold onto things is a powerful reason to back away from change. I think there is an underutilized strategy that can be a powerful way to accelerate change – learning to let go of what we are holding onto, so we have space to go somewhere different.

Why Learning to Let Go Matters

In my closet, the amount of space is finite. If I continue to purchase new clothes without giving away some clothes, I eventually have a crowded closet. This space problem eventually makes buying new clothes problematic. I currently have a zero-sum principle for my closet. I have made a deal with myself to remove the same number or more of items for each new piece of clothing I buy. This simple principle allows for space to remain in my closet, so I don’t overcrowd.

However, we usually don’t think of this principle when we initiate organizational change. We don’t see our organizations as places that could benefit from letting go of old habits, beliefs, and other defaults to create space for the next evolution of our business.

I once consulted with an organization that was recovering from a toxic leader. The new CEO wanted to create an organizational culture that didn’t run on power abuse and fear. However, the employees’ experiences with the old culture had caused them to hunker down and protect themselves and their departments. There were a lot of habits that had become defaults in how they related to their colleagues. For example, talking about others behind their backs was one default that thrived in the unhealthy culture. The staff rarely challenged anyone in authority because that got them into trouble in the old culture. So, staff members kept opinions to themselves even if they thought a decision would be damaging to their work or their customers.

The CEO asked me to design a retreat for the staff to help us both imagine a new way to be in the organization and recognize and name the habits that needed to be let go or changed to create a healthy culture going forward. He wanted the retreat to be a symbolic event that would mark the shift towards a healthier culture. At the retreat, I invited the staff to create a human timeline with the newest staff members anchoring one end of the continuum and the longest-serving staff members the other end. I then had them cluster in groups of people who came in around the same time. Each small group was asked to reflect on the culture that existed when they arrived and how it helped or hindered their ability to do their work, relate to their co-workers, and serve the mission. I particularly asked them to share how their experience impacted their view of the organization, their colleagues, and the effect it had on them as employees. Then we had the groups report out to the large group what their small group generated.

This exercise in storytelling revealed how default behaviors that made sense in the toxic culture had negative consequences for all involved. It also helped name the behaviors that needed to be released to create a healthier culture. By naming these behaviors, mindsets, rules, and assumptions of what worked in the old culture, but generated negative energy and self-protective responses, the organization could begin to let go of them. This created space for the staff to imagine a new set of expectations of how they wanted to relate to each other and picture what a healthy organization would look and act like.

This began our journey and within one year there was meaningful change and within three years, the culture had integrated new expectations and behaviors that sustained a healthy organization. If we would have just focused on what we wanted to become without letting go of the negative defaults, I don’t believe the change would have held.

For example, one of their new operating principles was to talk directly to others if they had something they wanted to share (instead of talking to others behind that person’s back).  This expectation required everyone to change their behavior. Giving direct feedback can be a hard habit to embrace, but the stories of pain that not communicating directly generated, helped them accelerate letting go of their defaults.

What Strategies Help Us Let Go?

Resistance to a desired vision for the organization can come from six areas that we tend to hold on to and which interferes with our ability to embrace change. They are:

Finally, living organizations only pay attention to things that matter to them – and so do the people in them. You can accelerate letting go if you can articulate why it matters to each employee, the organization, and the higher purpose to head in a different direction. If people don’t understand why, they won’t be willing to do their own work of letting go.

Dr. Kathleen E. Allen writes a blog on leadership and organizations that describes a new paradigm of leadership that is based in lessons from nature and living systems. She is the author of Leading from the Roots: Nature Inspired Leadership Lessons for Today’s World (available for pre-order on Amazon) and President of Allen and Associates, a consulting firm that specializes in leadership, innovation, and organizational change. You can sign up for her blog on her website: www.kathleenallen.net